What is Hair Transplantation? 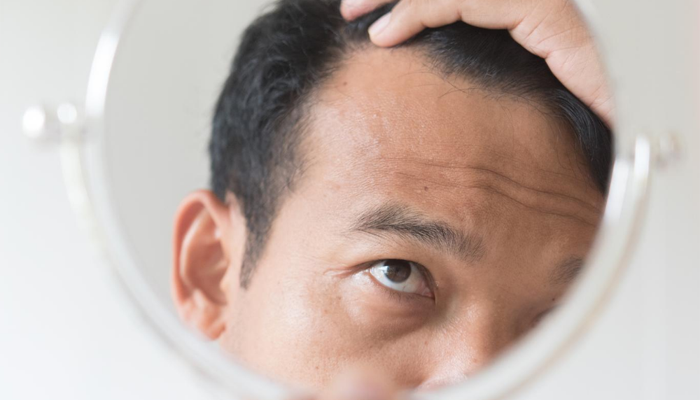 Who can undergo hair transplantation?

In our day, almost fifty percent of men over the age of 50 face the hair loss problem. Thus, hair transplantation is the most frequent cosmetic surgery for men. Hair loss is not a condition specific to men. Many women also experience hair loss or thinning problems.

Why is there hair loss?

Genetic features are one of the most important causes of hair loss, but it may also occur as a result of aging, traumatic injuries or various medical disorders. Hair transplantation can be successfully performed for all people with a sufficient amount of hair follicles regardless of the cause of hair loss. The transplantation method can successfully be performed not only on the scalp but also for the losses in the other hairy body parts such as the eyebrows, mustache and beard.

How is the hair transplantation done?

In the procedure, the hair follicles taken generally from the nuchal area are transplanted to the targeted hairless area. These hair follicles taken are called grafts. In rare cases, there is not a sufficient amount of healthy hair in the nuchal area or in the temporal region of the patient. In such cases, hair follicles may be taken from other body parts with hair, such as the arms or the chest wall of the patient. The procedure is completed within a few hours depending on the amount of hair loss. If the hairless area is too large, several sessions may be needed to complete the treatment. In general, the intervention is carried out with sedation under local anesthesia. A special bandage is applied to the head section of the patient after the procedure and the patient is discharged a few hours later. Although pain is rare, pain control is provided with pain relievers. The patient can generally go back to work by keeping the head covered after a 3-days home rest. The first medical wound dressing is done on the 5th day.

Which methods are used for hair transplantation?

In the hair transplantation procedures; FUE method that does not leave any scar or FUT method that may leave a slight scar in the back part of the head are performed with success. Whereas the hair follicles are taken one by one and implanted to the deficient areas in the FUE method, a skin band containing hair is taken from the nuchal area in the FUT method. The patient who will undergo hair transplantation should have healthy hair at the back part of the head and on the sides to be used as donor areas. Other factors such as the color and thickness of the hair, its properties such as strength and waviness are influential in the result of the procedure. The method to be preferred should be decided after hair and scalp analysis by taking also the priorities of the patient into consideration. Although FUE method that does not leave a scar is mostly preferred, it may be necessary to use the FUT method in some cases. Hair transplantation may be performed not only for balding but to increase the hair density in the thinned areas.

What is the most important factor for hair transplantation?

Does the transplanted hair fall out?

The hair that has been transplanted is shed within a few weeks following the transplantation procedure but this is normal situation because the lost hair will grow again 3-4 months later. After this temporary shedding has recovered, the transplanted hair follicles preserve their characteristics and they are not shed. However, the original hair in the same area may continue to be lost and a new hair transplantation may be planned depending on the decrease in the hair density. Hair loss may persist progressively after the surgical procedure. If an unnatural look appears especially in the new hair line region, an additional surgical intervention may again be needed later.

What are the risks in hair transplantation?

Hair transplantation presents some risks when it is not carried out under suitable conditions just as it is the case with all medical interventions. However, when the hair transplantation procedure is carried out by an experienced plastic surgeon in a hospital setting, the complications are very rarely seen. Hair transplantation is a long procedure and several transplants may be needed within 1-2 years depending on the degree of the hair loss. Complications such as infection and significant scars may be seen although these are very rare. After the operation, pain that can be controlled by pain relievers, sensation of disturbance, some amount of bruising and swelling may be observed. Numbness may occur in the areas where the hair is taken or where the hair is transplanted and this recovers spontaneously within 2-3 months.